Victorians, their Bicycles and their Pets – a Photographic Survey. 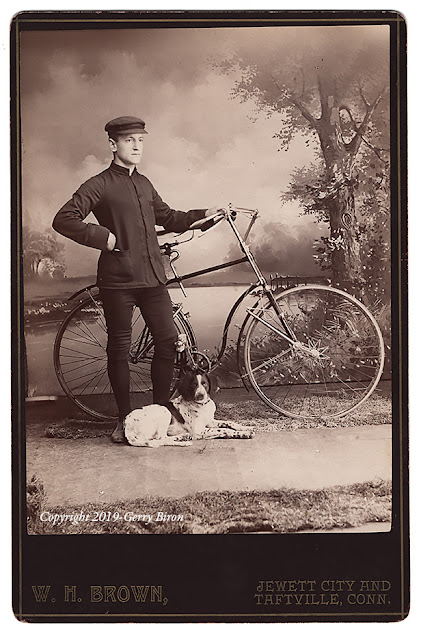 This link will take you to the introduction of this blog  The invention of the bicycle literally started a revolution in the 19th century that changed many aspects of society. It raised a person’s quality of life, especially women who now had a new source of freedom that liberated them from the confines of the home. Susan B. Anthony, the American social reformer and women’s rights activist, wrote that the bicycle had done more to emancipate women than any other thing in the world. Cyclists also became a political force that lobbied for the improvement of the roads, and the factories that built bicycles paved the way for the development of the automobile. The bicycle became a form of personal transportation that made getting around practical for the general population. It was now easier for people to come and go as they pleased. Bicycles also revolutionized women’s fashion. Victorian dress codes made it near impossible for all but the most daring women to ride one if they had any expe
Post a Comment
Read more

Women and the Bicycle During the Victorian Era - A Photographic History 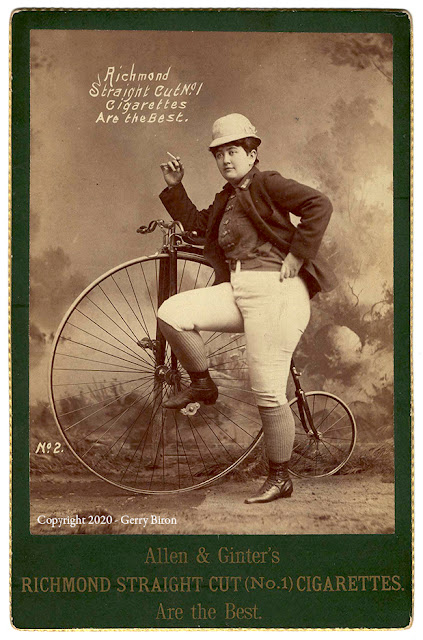 This link will take you to the introduction of this blog on Bicycle History. Women and the Bicycle During the Victorian Era - A Photographic History        The safety bicycle, which emerged in the middle of the 1880s as a safer alternative to the more dangerous high-wheel bicycle, had similarly sized wheels and a much lower center of balance. Its acceptance among cyclists was slow at first but within a few years it had become the must have bicycle of the Victorian era. Before the introduction of the safety bicycle ­ ­ ­ –the precursor to the modern bicycle–bicycling was, for the most part, a man’s activity.      The predecessor of the safety bicycle, the high-wheel or ordinary bicycle as it was known, ( Figure 1 ) was a revolution in personal transportation but Victorian dress codes made it impossible for all but the most daring women to ride one if they had any expectations of maintaining an air of respectability. Figure 1 – A woman in feminized male attire leaning against her high-
1 comment
Read more
More posts

Iroquois and Wabanaki Beadwork
Gerry Biron is both an artist and an independent researcher. He has written several books on American Indian Beadwork from the Northeast as well as numerous feature articles on the topic. He has had his artwork and beadwork collection exhibited in six museum exhibits as the Made of Thunder exhibit. His current interest is the history of the bicycle. His artwork and a sampling of the Made of Thunder collection can be seen at www.gerrybiron.com